Description: A rocket is a device that is commonly used to launch spacecraft from Earth's surface into outer space. To that end, a rocket consists of rocket engines and fuel tanks. Rocket engines are also used to control spacecraft motion in outer space, accelerating or decelerating spacecraft or performing course corrections. The basic principle of a rocket engine is to produce a stream of high-speed particles, usually by burning rocket fuel. When such a stream is pointed in a specific direction, the rocket engine is accelerated in the opposite direction – a consequence of a fundamental law of physics called momentum conservation. Note that the particle stream does not need to push against anything for this effect to occur: rockets work perfectly even in the near-vacuum of outer space. 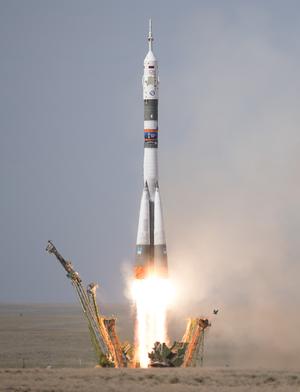