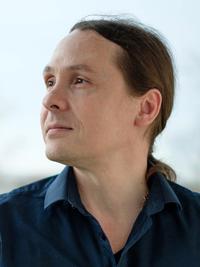 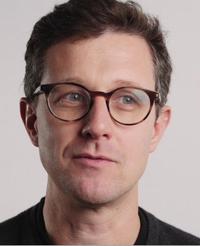 Many people who are active in public outreach have practical experience of the kinds of astronomical knowledge commonly held by the general public. Until last year, however, there had not been a systematic evaluation and a clear definition of what astronomical literacy means. The “Big Ideas in Astronomy” booklet, was released with the aim of clarifying these ideas. In this talk we will present the booklet and involve participants to contribute their ideas towards the current and next steps for the project.

João Retrê is a science communicator that works at the Institute of Astrophysics and Space Sciences, Portugal, as the coordinator of the Science Communication Group. With about 20 years of experience in the area, João has led, developed and participated in several projects, national and international, which aim to make science, in particular Astronomy, accessible and close to everyone. As part of his work, he develops strategies to involve young students and researchers in science communication and education, with the aim of creating an early awareness of the importance of this area. João is the IAU’s national outreach coordinator for Portugal and also leads the IAU’s sub-Working Group for “Hospitals, Children Homes, Nursing Homes and Prisons”, as part of the Working Group of the Executive Committee for Equity and Inclusion.

Pedro Russo is University Professor in Astronomy & Society at Leiden University, the Netherlands. Dr. Russo was the global coordinator for the International Year of Astronomy 2009. Pedro obtained his University degree in applied mathematics, physics and astronomy from the University of Porto, Portugal. Pedro was a research fellow at the Max Planck Institute for Solar System Research in Germany. Pedro is involved with several international organisations, like the European Astronomical Society, Europlanet (European Planetology Network), the International Astronautical Federation. His work has received several awards, such as Seeds Special Award 2009, Scientix Best Educational Resource in 2015 and 2016, Most Innovative Educational Activities in 2017 and 2018 by HundrED and 2018 Leiden University’s K.J. Cath Prize.