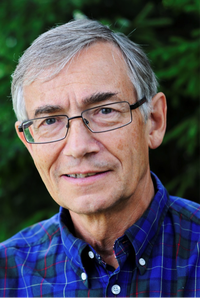 The talk presents selected results from the ROSE-project (Relevance Of Science Education), a study of how 15 year old students in different countries relate to science and technology. Young people from some 50 countries expressed their experiences, attitudes, interests and future plans. Data reveal interesting differences between young people from different countries as well as large differences between girls and boys. Astronomy comes out in a most positive way. A follow-study of ROSE is being planned and is open for participation.

Svein Sjøberg is professor emeritus in science education at Oslo University, Norway. He is educated as a nuclear physicist (cand.real), later in education (MA) and in educational psychology (PhD). He became the first professor in the field of science education in the Nordic countries.
Svein has worked with children's conceptual development, with gender and science education and education in developing countries. His current research interests are the social, ethical and cultural aspects of science education, in particular the impacts and influence of large scale assessment studies like PISA and TIMSS. He has worked with international and comparative aspects of science education through e.g. UNESCO, OECD and the European Union. He has won several international prizes and awards for his research, teaching and promotion of science literacy and public understanding of science. He is a member of editorial boards of several academic journals and book series, has written numerous books and articles, and has supervised many PhD-students in different counties.
He organized the ROSE project (The Relevance of Science Education) in the period 2002- 2014, with participation from some 50 countries.
Svein is an elected member of The Norwegian Academy of Science and Letters and represents the Academy in international policy matters regarding science education, for instance in ALLEA (the European Federation of Academies of Sciences and Humanities)