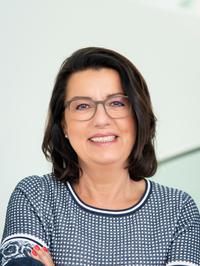 Beate Spiegel studied law at the University of Heidelberg (1981-1983), and obtained her degree as a state certified foreign language and management assistant in 1986 from the Commercial Technical College Bensheim. For over a decade she worked at the European Center for Network Research of IBM Germany, Heidelberg. Due to her knowledge in the area of computer science development and her strong organizational competence, Klaus Tschira felt she was the right person to coordinate his foundation.
Beate Spiegel was born in Heidelberg in 1960, and is married with two children.