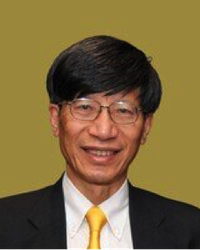 Kenneth Young (Chairman of the Shaw Prize Council and Vice Chair of its Board of Adjudicators, Shaw Prize Foundation)

Professor Kenneth Young is a theoretical physicist, and is Emeritus Professor of Physics at The Chinese University of Hong Kong. He pursued studies at the California Institute of Technology, USA, and after obtaining a PhD in Physics and Mathematics, he joined The Chinese University of Hong Kong in 1973, where he has held key positions including the Pro-Vice-Chancellor. He was elected a Fellow of the American Physical Society in 1999 and a Member of the International Eurasian Academy of Sciences in 2004. His research interests include elementary particles, field theory, high energy phenomenology, dissipative systems and especially their eigenfunction representation and application to optics, gravitational waves and other open systems.