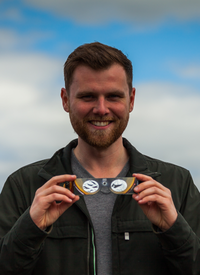 
Sævar Helgi Bragason (b. 1984) is a science communicator and educator that teaches astronomy at a high school level. He is a frequent guest on TV, radio and the news talking all things astronomy. He is also a host of a prime time TV show about science.
Appointed as NAEC until: Aug. 1, 2024
Share on: