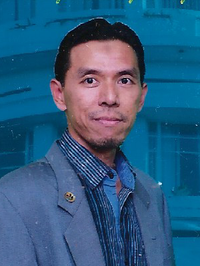 
I am a lecturer and researcher in the Physics study program at the Indonesia University of Education with a doctoral qualification in astronomy from Bandung Institute of Technology.
Appointed as NAEC until: Aug. 1, 2024 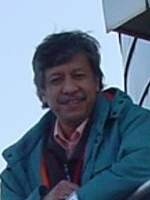 
I completed my doctoral degree in the field of Stellar Physics from The University of Tokyo, Japan in 1992. Part of my research on Close Binary Central Stars of Planetary Nebulae was conducted using a facility at Mauna Kea Observatory. I work in the field of Stellar Physics, Close Binary Systems, Planetary Nebulae, Optical astronomy instrumentation and observation, Computational Astrophysics, Data modelling and statistics of measurements and recently, Management Information System for the Observatory. I was the Secretary and the Head of Department of Astronomy, Faculty of Mathematics and Natural Sciences (1995-1997) and the Director of Bosscha Observatory of Institut Teknologi Bandung (ITB), Indonesia in the period 2010-2011. I hold a position of Assistant Director of Planning, Vice Rector office for planning, budgeting and partnership at the Institut Teknologi Bandung in 2004. I also was the coordinator of Quality Assurance Task Force of Faculty Mathematics and Natural Sciences, ITB in the period 2016-2018. At the moment I am the Head of ITERA (Institut Teknologi Sumatera) Astronomical Observatory in Bandar Lampung. Since 2018 I have been an active coordinator of IAU-NASE (Network of Astronomy for School Education) in ITERA and ITB. I have been a member of Task Force I in the Office of Astronomy for Development since 2010. The national teams of Indonesia for the International Oympiad in Astronomy and Astrophysics, International Earth Science Olympiad are regularly coached by myself and a team appointed by the Ministry of Education and Culture (2007-present). Right after the International Year of Astronomy (2010), collaborating with National Astronomical Observatory of Japan, in my capacity as Director of Bosscha Observatory, I conducted “You are Galileo!” workshops aimed at senior high school teachers in five big cities (Palembang, Jakarta, Bandung, Yogyakarta, Mataram and Tomohon) in Indonesia.
Appointed as NAEC until: Aug. 1, 2024 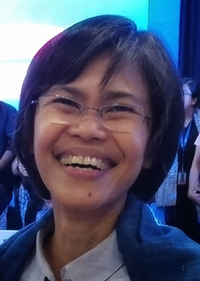 
I am a faculty staff member of the Department of Astronomy of the Institut Teknologi Bandung (ITB), Indonesia, with specialty in cosmology and relativistic astrophysics. Currently I am the Director of Bosscha Observatory. I am a part of the international Universe Awareness for Children programand founded the Universe Awareness Indonesia. With a number of ITB alumni, I am quite active in STEAM teacher training.
Appointed as NAEC until: Aug. 1, 2024 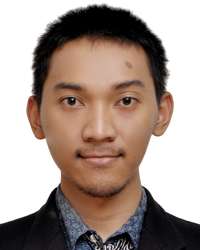 
I am a researcher in the Space Science Center, National Institute of Aeronautics and Space (LAPAN), Indonesia. Within the last six years, I used my capabilities on astronomy and statistics to tackle various problems in space science.
Appointed as NAEC until: Aug. 1, 2024
Share on:

To get in touch with the NAEC team for Indonesia please contact:
Judhistira Aria Utama via j.aria.utama​atupi.edu