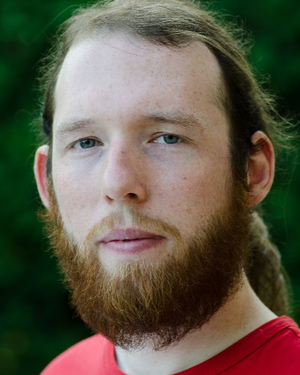 
I got my PhD. in astronomy and astrophysics in 2015 at Comenius University in Bratislava, Slovakia, where I am currently working as a researcher and a lecturer, in the Division of astronomy and astrophysics at Faculty of Mathematics, Physics and Informatics. I teach courses on Theoretical Astrophysics and Cosmic Electrodynamics.
I have focused on the kinematics and dynamics of the Galaxy in my research activities, investigating migration of stars in the Milky Way galaxy. I have studied the structure and the kinematics of the Galaxy using GAIA data. I also concentrate on dynamical evolution of asteroids in the Solar System as well as on an action of non-gravitational effects on the dust grains in the Solar System.
I love relaxing in nature and I like hiking in the mountains. I am also a keen photographer, enjoying taking pictures of beautiful landscapes I encounter during my trips.
Appointed as NAEC until: Aug. 1, 2024 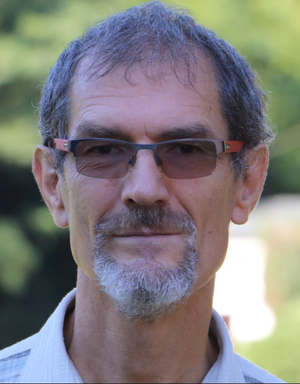 
I am a solar astrophysicist at the Slovak Central Observatory in Hurbanovo (SCO). I received my M.Sc. in Astronomy and Astrophysics from Comenius University, Bratislava in 1987. Then I joined the SCO and I worked entirely in the field of popularisation and teaching of astronomy for first three years of my carreer. Since 1990 I have been working mainly as a researcher at the Observatory. However, significant part of my time is devoted still to popularisation and teaching activities. I received my PhD. in Astronomy and Astrophysics from Astronomical Institute, SAS, Tatranská Lomnica in 1998. I received post-doctoral fellowship since October 2003 till September 2006 in OGAUC in Coimbra and in UNINOVA-CA3 in Caparica (both in Portugal). I prepared many public lectures, organized several public observations and I regularly submit articles to the Slovak popular-scientific magazine Kozmos published by the SCO, where I am member of the editorial board.
Appointed as NAEC until: Aug. 1, 2024 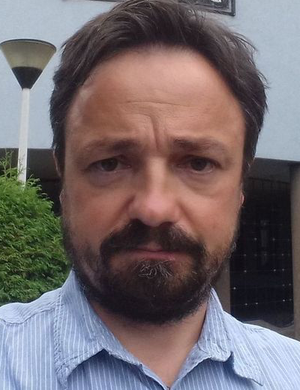 
In the past, I worked as a lecturer and popularizer of astronomy under the dome of the planetarium. Currently I am the director of the Observatory and Planetarium in the middle region of Slovakia. In adittion to popularisation of astronomy I have been dealing with the mutual cooperation of amateur astronomers in Slovakia for a long time.
Appointed as NAEC until: Aug. 1, 2024 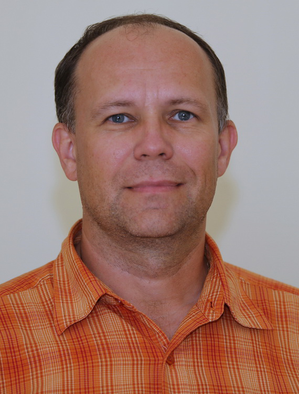 
He has been interested in astronomy since childhood. He studied astrophysics at the Faculty of Mathematics and Physics, Charles University in Bratislava and completed the doctoral studies at the Astronomical Institute, Slovak Academy of Sciences in Tatranská Lomnica. In 2007-09 he completed the postdoctoral stay at the ISDC Data Centre for Astrophysics, Astronomical Observatory of the University of Geneva. For more than twenty years he has been working at the Faculty of Science, P. J. Šafárik University in Košice, where he is engaged in active research in the field of interacting binary stars with a focus on mass transfer and other physical mechanisms causing the activity of these systems. He lectures a wide range of topics from the basics of astronomy and astrophysics through the structure and evolution of stars and stellar atmospheres to cosmology. He is also actively involved in the astronomical education of young people and outreach activities for the general public.

When I was seven years old and for the first time I looked through an astronomical telescope into the space deepness, I have fallen in aspiration to get to know the universe and understand my place within it.
Appointed as NAEC until: Aug. 1, 2024 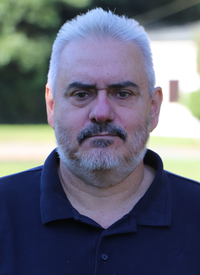 
Main areas of workpopularization of astronomy organizing astronomical eventsmanagement of the institutionCurriculum vitae1984 - 1989 - Study of philosophy and physics at Comenius University1989 - Slovak Central Observatory.
Appointed as NAEC until: Aug. 1, 2024
Share on:

To get in touch with the NAEC team for Slovakia please contact:
Dr Ivan Dorotovič via ivan.dorotovic​atsuh.sk