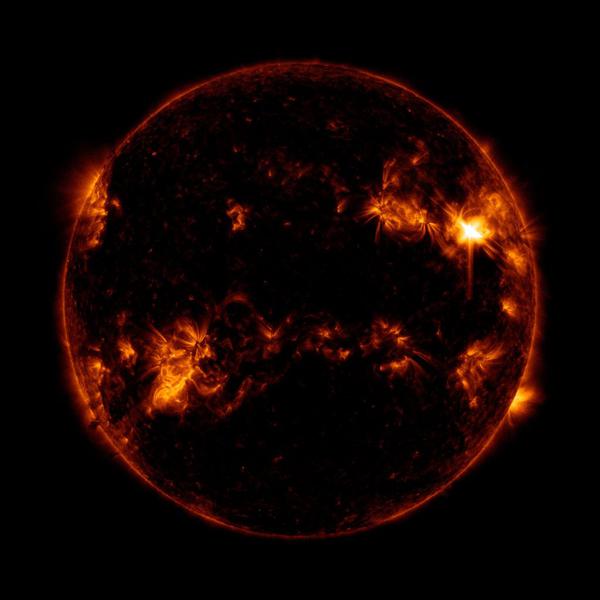 Caption: This image shows the mid-level solar flare that was observed in March 2022 by the Solar Dynamic Observatory (SDO). The SDO observes the Sun activity, hence it shows the regions on the Sun where there is activity. A solar flare is brief brightening on the sun's surface, this particular flare is an M-class, which means that it is a tenth of the size of the most intense flares, namely the X-flares. Solar flares are barely visible with the naked eye, thus the SDO. The image here, is captured in extreme ultravoilet light that was colourized by red in the SDO, the flare appears in the upper of the solar disk.

Captions in other languages